Drupal gets better when companies, organizations, and individuals build or fix something they need and then share it with the rest of us. Our community becomes better, stronger, and smarter when others take it upon themselves to make a positive difference contributing their knowledge, time, and energy to Drupal. Acquia is proud to play a part, alongside thousands of others, in some of the stories making tomorrow’s Drupal better than today’s. One of them is about the Lightning Drupal 8 Distribution.

I spoke with Adam Globus-Hoenich about Lightning, what is driving the team behind it, who benefits from it, and how the project is driving contribution and improvement in Drupal 8. Adam is a 9-year Drupal veteran and contributor to both Core and a number of Contrib. projects. He really cares about, “UX, DX, fruit, and sloths.”

“Lightning lets you take off with afterburners. For all Drupal’s strengths, site builders need a lot of time setting up common things and it takes a fairly high degree of experience to know how to set up those common things in a really smart, future-proof way that will not cause pain and technical debt later on. Why bother with that? We’ve done it for you and we’re working hard to get these changes into Drupal core, too.” - Adam Hoenich

Check out this webinar about the Speedrun! Adam and the Lightning team at Acquia — John Kennedy, Open Source Product Manager; Adam Balsam, Technical Lead — will “deconstruct” and provide in-depth information about what went into preparing their fantastic Lightning-based “speedrun” session from DrupalCon Dublin.

Building a full, working site and authoring experience live at DrupalCon in less than an hour took a lot of preparation. But the Lightning team set out to make a point with Speedrun: Build a Website with Panels, Media, and More in 45 Minutes. They wanted to demonstrate how Lightning provides a solid foundation to build on and some of the ways that it can improve site builder’s lives and, Adam explains, “We built that speed-run site pretty much on top of vanilla Lightning. That’s kind of the beauty of it: we didn’t have to do very much at all beyond a normal Lightning-based site build to get this much this fast.”

At the speed of Lightning

jam: What value does Drupal 8 Lightning deliver to ... 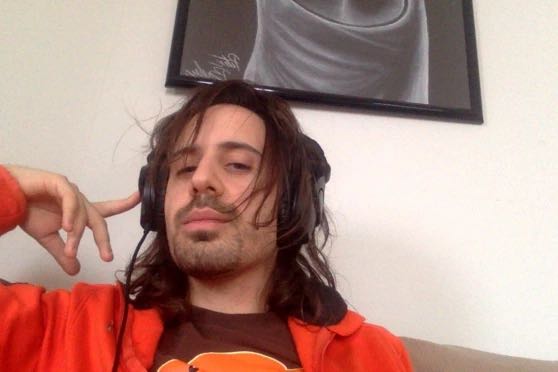 Site builders of all levels and anyone somewhat new to Drupal wanting to learn more should check out this session. You can learn about some of the tools that Drupal has available for accomplishing a number of authoring tasks, and see the way that Lightning improves on, packages, and presents those tools.

jam: Tell me more about Lightning. What’s the state-of-play? Where are you contributing?

Adam: Up next for us is continuous improvement of our four pillars of functionality: media, layout, workflow, and preview. We have a huge backlog of things we want to do, and we have new ideas every day. There are a million little tweaks that could (and should) be made. We think lots of these tweaks that would improve Drupal’s out-of-the-box experience exponentially. We’re making these improvements in conjunction with core and contrib, and we’re never afraid to go to module maintainers and suggest bold changes if we feel they can improve the experience for all of us in the community.

Lightning is heavily affected by what’s going in Core and Contrib. and this means certain areas are in better shape than others. Our media stuff is great, most everyone agrees that it should be in core and things are heading in that direction for Drupal 8.3 in April, 2017.

Layout is a bit more scattered, but we’d like to see Panels (upon which we depend) modernized, made to use the new core APIs for better UX (I’m thinking specifically of Outside In and its settings tray that made it into Drupal 8.2 as experimental core modules) — maybe even get partially into core. Layout control has been left up to themes, but we look at it as more of an authoring/site-building tasks, so we’d like to put more of that under the control of core.

Our workflow stuff is in the most “interesting” place in Lightning. We’ve deployed an experimental “Workspace Preview System”, as we call it. It’s really bleeding-edge stuff compared to what has previously been possible with Drupal core. Our work is based on the Drupal Core Workflow Initiative that coming down the pike for Drupal core. The team behind that is doing nothing less than a complete rethink of the way Drupal handles content, and how that relates to editorial workflows, and Lightning is right there cheering them on and contributing wherever possible. The workflow stuff is super ambitious. It’s long-term and it’s just getting started but judging by what we’ve gotten into Lightning so far, I think it’s looking very promising.

Check out the Speedrun Webinar

Speedrun webinar! Adam Hoenich, Adam Balsam, and John Kennedy — the Lightning team at Acquia — go in-depth about Lightning and what went into preparing their Lightning-based “speedrun” session from DrupalCon Dublin.