Drupal Camp Spain 2019: Come for the code, stay for the food

Drupal camps are great events to see old friends and make new ones. But on top of that, if they are in places with good weather, great gastronomy and amazing beaches, the mix is just too irresistible (albeit making it really hard to sell to your company that you are really going there to work).

But politics and complexities apart, there I found myself for another year (my second in Drupal Camp Spain). And note that last year this same camp was in Alicante (my home town), which brings to the table the first thought I wanted to highlight about this camp: We already know how difficult it is to organise a camp, how time-consuming and burn-out inducing it is for the organisers. What if instead of doing it in the same city once and again, we would rotate to make it every year in a different place? That’s the whole idea of how Drupal Camp Spain has been organised since its inception, and I personally love it. It’s not just great to avoid the burndown of the organisers, but also brings variety and reasons to come back every year for the attendees. 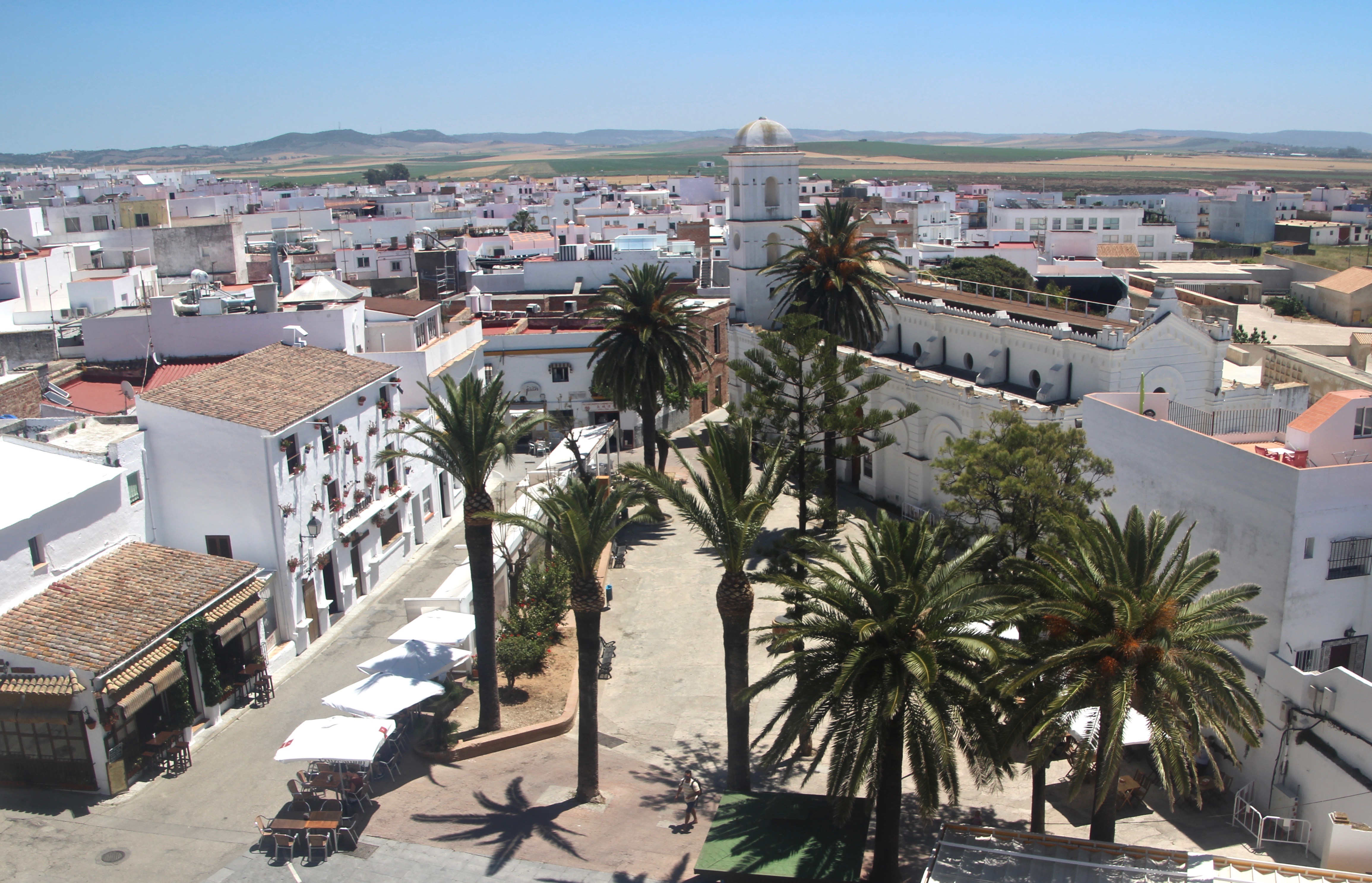 Coming back to the Camp itself: as always the sessions were split between one business day and the talks themselves. I'll cover both next. 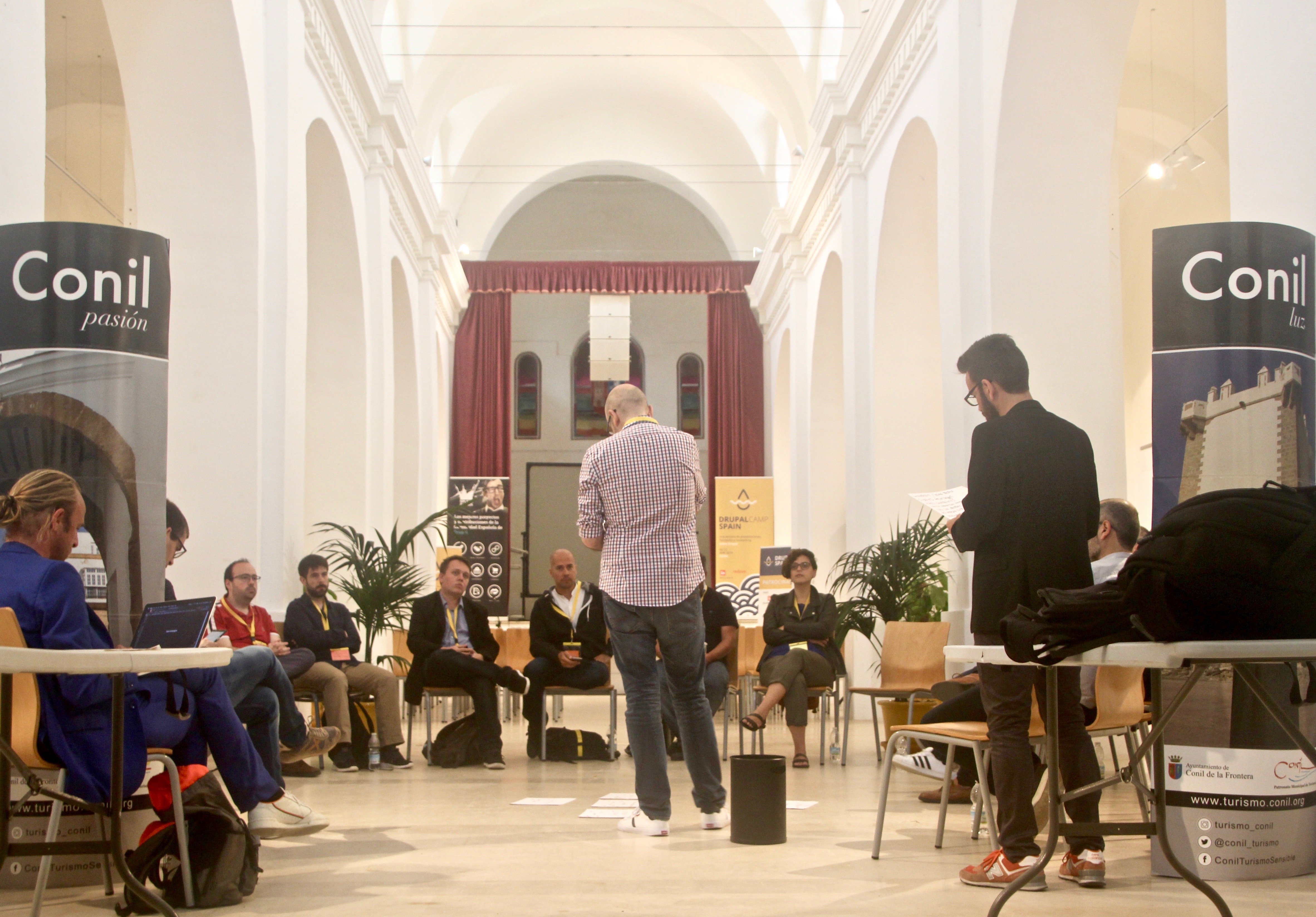 The other big highlight was the business day being in English, which opened the door to non local companies to participate. This is huge as it kicks off partnerships and cross border collaborations that facilitate the local companies to start working on pan European projects. Spain traditionally has looked at Latin America to grow, and that's still valid and true. However Europe is closer, and with far more stable economies that are seeing the rise of the 3th industrial revolution and the digitalisation fever.

From here the limit is the sky, so I'm personally eager to see Drupal Camp Spain and the AED (Spanish association) doing further steps in that direction. Having a track in English the rest of the camp also facilitated the participation of both assistants and speakers which is also a massive step towards "leaving the island," which some attendees of the business day agreed Spain still embraces, and increase cross pollination knowledge - not just with the people travelling to cross country events, but also to those not so lucky and able to attend only local events.

The format itself of the business day: not many people and very focused, highly facilitated cross conversations between all of the attendees in an open forum, as opposed to what traditionally happens in other camps where the number of attendees naturally forces organizers to split them in smaller groups. I wouldn't necessarily say one or the other format is better, but the consensus was that having just one big group helped collaboration and chemistry between the whole group.

Coming back to the day, several subjects were proposed in advance, starting the day with a vote on which ones we'd be discussing next. The chosen ones were company collaboration, promoting Drupal, and talent attraction. As we can see very much the same issues and preoccupations that we can find in an agency in London, Brussels or in Madrid.

Between the collaborative sessions there were two talks: one from Peter Ponya, from Brainsum, in which he talked about GDPR, privacy and related concerns, and another a bit later from Floris van Geel about brand, marketing, communication and promoting Drupal.

We finished the day with the Splash Awards and a closing ceremony in a very Spanish way, with a flamenco group which also entertained the rest of the evening in the tapas place next to the venue. 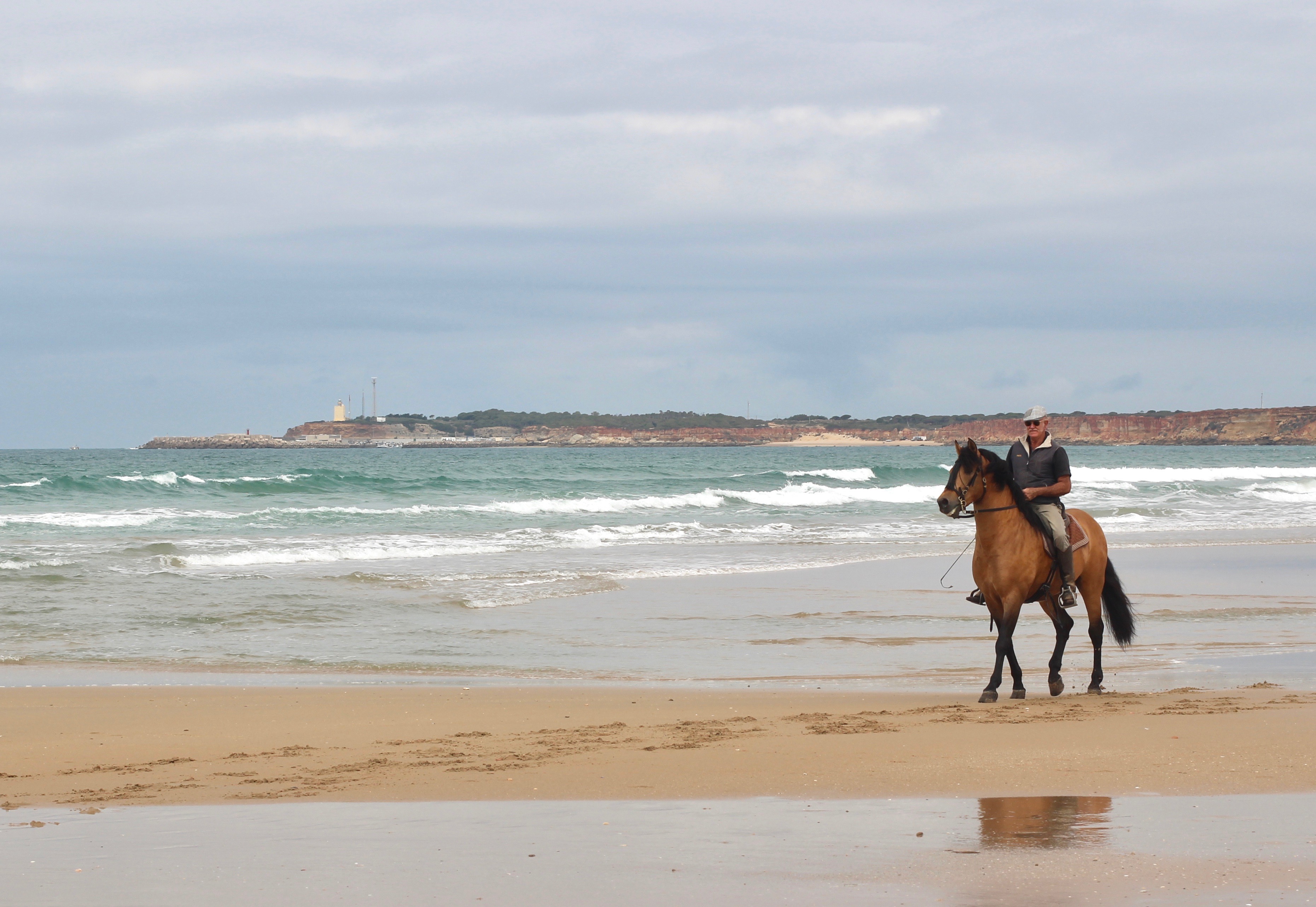 Starting with the talks, the sessions on Friday were full of good content in both tracks, Spanish and English, and it made the choice really difficult if you were lucky enough to attend both. I will cover only those I was able to attend, so apologies to all the speakers whose sessions I am not able to cover here. Please visit the agenda for the full picture, and hopefully soon the AED (Spanish Drupal Association as per the Spanish acronym) will have the recordings available for anyone interested: https://2019.drupalcamp.es/schedule

The English track was full of decoupled goodness, with GraphQL in Drupal where Fran Garcia-Linares talked about GraphQL in Twig, advantages, performance, reduced risks, no need of preprocessing. Marco Martino continued with Gatsbyjs, although unfortunately I could not attend this one. 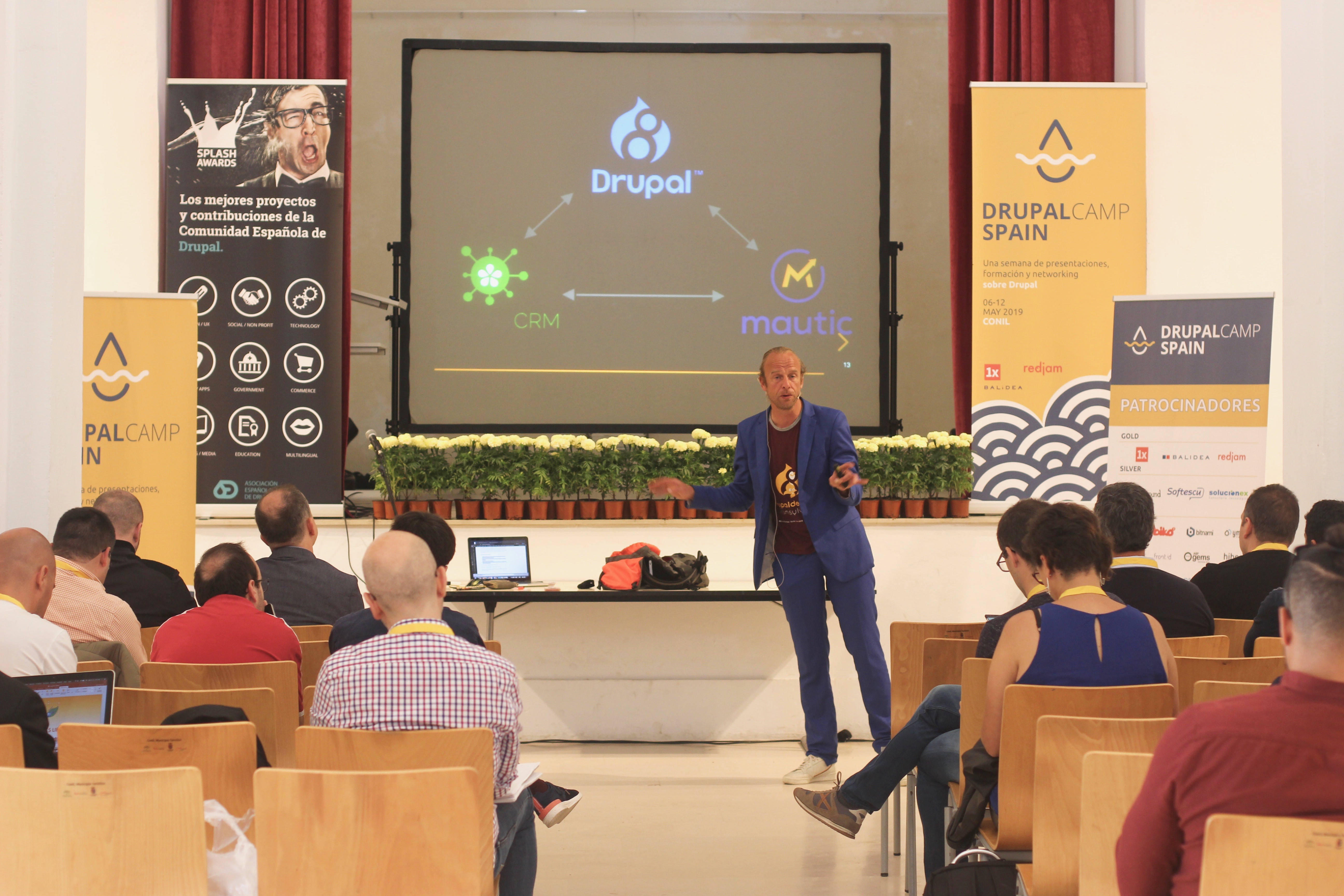 The first of the last (first talk, last day), was represented by Alvaro Hurtado, from Front.id. Alvaro covered everything Drupal8 good practices related, from debugging, to the right way to building artifacts, composer, javascript, etc...

Something I am very passionate, even beyond Drupal itself, is open source: the community and its future. Rocio Valdivia, from @Automattic brought the conversation that we all need to have: Wordpress and Drupal. Let’s stop talking about competition and more about synergies and collaborations

I learned about an interesting concept, five for the future which talks about companies giving 5% of their revenue to the Wordpress community, so we all insure that we continue growing and we all have a future reinvesting in ourselves. Maybe something we can import into our little island? If you make money with Drupal -- as a freelancer or as a staffer in a company --  you should donate a little of your earnings, a small amount to make sure you have a future. Does it not make sense?

I also liked the fact that around 1/3 of contributors to the Wordpress core are new contributors. That's mainly thanks to javascript, but for sure there are some learnings here for our own community.

Kaido Toomingas had the hard job to take the baton next to talk about Drupal vs WordPress in a constructive way. Summing up: easiness of usage of WordPress, media management vs feature rich, caching and extensibility of Drupal. Again, the point of this exercise is finding what we can improve on each system and community.

Before lunch Joeri Poesen talked about Drupal migrations, and how far you can go without doing any PHP coding (which is really far indeed). I'll confess, I was taking notes for our own session in Acquia Engage, although our talk is going to be less technical and more Enterprise focused. I enjoyed Joeri’s talk, the most important points were very well summarised.

There was still some more fun & learn, courtesy of Christoph Breidert, 1xINTERNET co-founder, and his talk about content architecture based on design patterns. 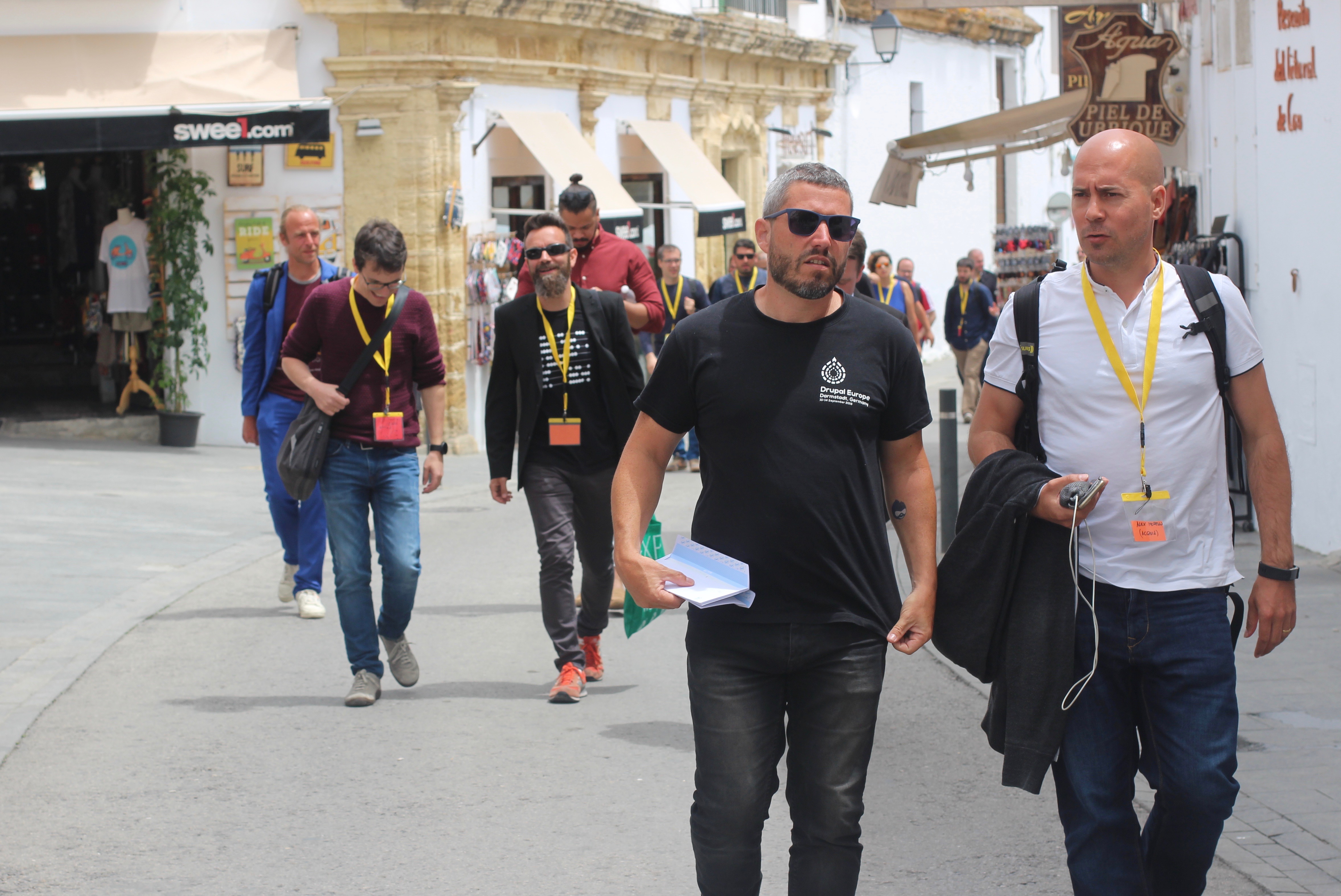 I think this has been one of the most enjoyable Drupal Camps I’ve been in the last few years, and I’m not saying this as the Best Surfer Splash Award winner :trollface:. The way the talks have been built around social activities in which families have been able to participate, and the sport activities too, brings to the table the other aspects of our daily work.

We need to find a balance between work and sport. Everyone is talking nowadays about mind and physical health, and how to put the right balance in our busy lives, hours and hours sitting in front of screens. Well, I don't have an answer for you. But I have a clue. What we did in Drupal Camp Spain in Conil is probably the right direction. Work, code, exercise, repeat.

PS: Thanks everyone who I met in Spain, and who I may be missing in this article. I can’t wait to meet you again in Spain next year (Canary Islands? ahem) or hopefully a lot sooner somewhere in Europe :-).

Drupal Camp Spain 2019: Come for the code, stay for the food... and the community, the friends, the weather, the sea... 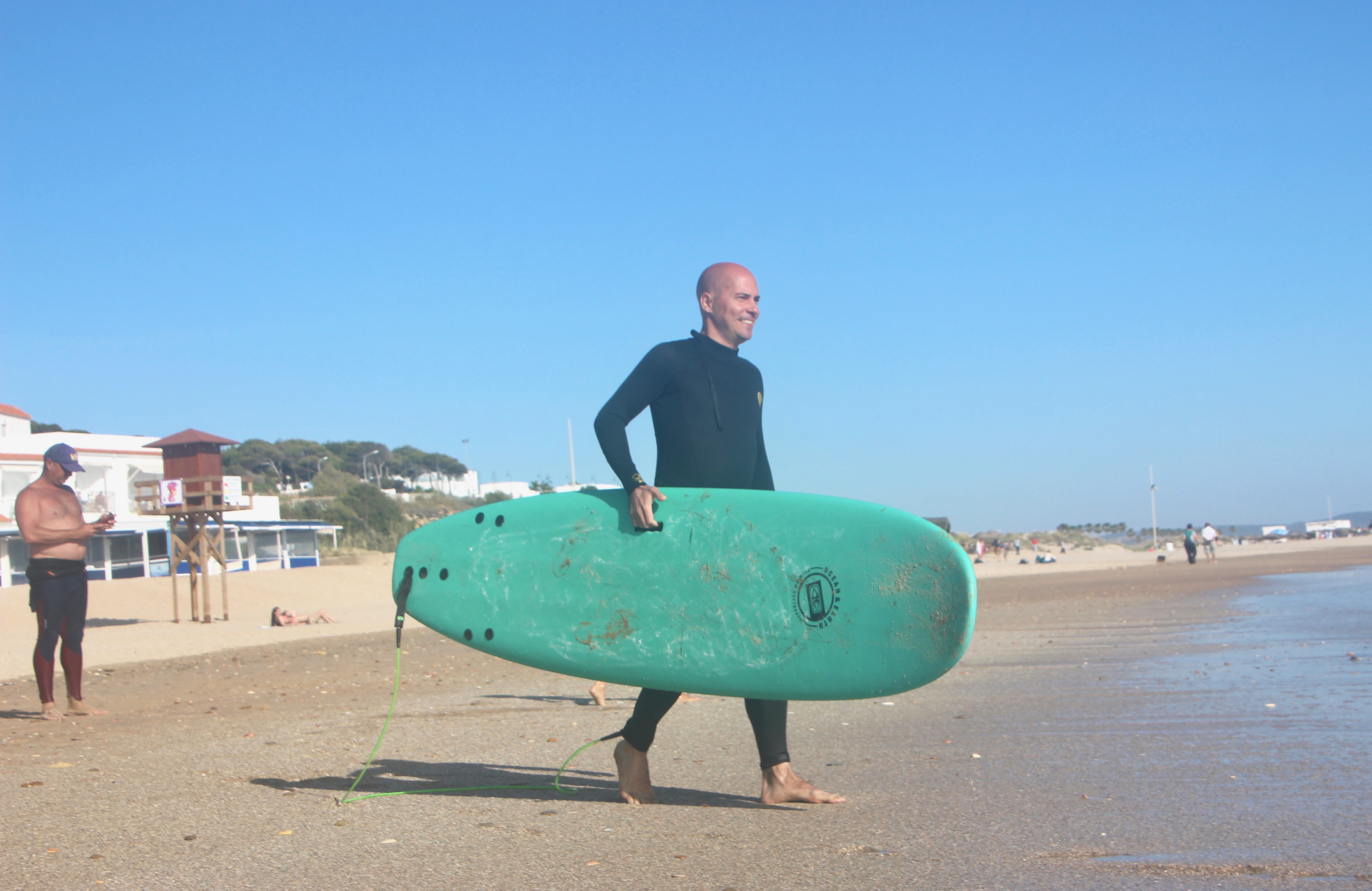