Tom Kraft and Renato Francia were conferring in the kitchen, laptops open, “trying to make the Feeds module work better out of the box.”

In a nearby conference room, Dan Feidt was juggling a bunch of open windows on his laptop screen, tackling “a little puzzle around virtualization and Vagrant.”

Kay VanValkenburgh, who was in charge of beginners and onboarding, was roaming, talking to attendees, “removing barriers.”

This year’s sprint had a general theme: migration to Drupal 8. More than fifty core and module issues, precisely categorized into a dense Google sheet playbook for this location’s event, helped facilitate participation. For the non-developer, links to Drupal User’s Guide sections that needed updates were also included. Projected on the wall in Genuine’s common area was a chat room that hosted participants from around the world. 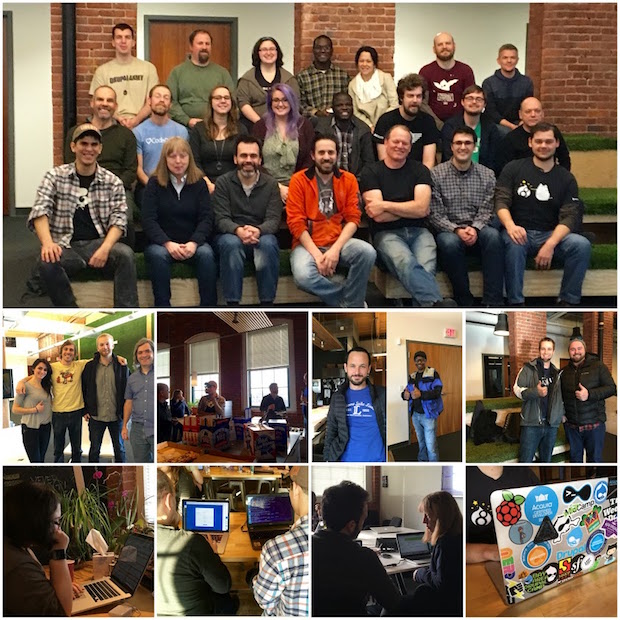 But a strong secondary agenda was also apparent: introducing first time Drupal sprinters to the process. A late Saturday survey captured many smaller victories that are not easily contained between the gridlines of a spreadsheet.

Heather Bauer, whose expertise leans towards user experience and product managing, was learning how to review and test in the issue queue. She was using Simplytest.me, which provides rapid, disposable sandbox environments for testing the functionality of modules, themes, and distributions. It was her first time using the service, and she loved it.

“I’m very good at breaking things, and telling people where things are wrong,” she said, “so this is good for me.”

Jaleel Carter, a Web developer with a little more than a year's Drupal experience, said this year's sprint was turning out to be "my most productive sprint ever." Jaleel, who attended last year's sprint, said the experience was paying off this year. "Not only have I completed a few tickets," he said, "I've also had a chance to help others too."

“This has been my intro to Drupal and PHP,” she said.

It’s all part of the sprint experience, said Kay VanValkenburgh of OwnSourcing, who attends from four to five sprints a year.

“The important thing people should know is that everyone can contribute at a sprint like this,” he said. “In fact, it’s essential to have multiple points of view.”

Kay pointed to an exchange that happened earlier on Saturday: Adam Hoenich, an experienced Web developer and Drupalist, was working on a Search API issue, when he asked out loud if a non-coder could take a look at his work from a fresh perspective. 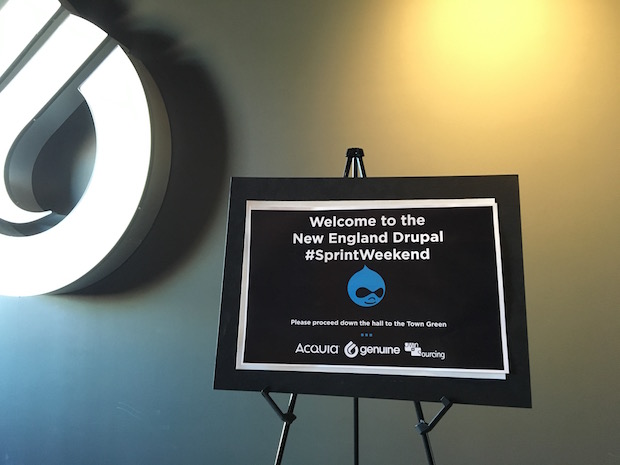 And last weekend’s progress will continue, said fellow co-organizer Jeannie Finks, because many participants added their names next to issues, signaling an intention to keep working on them even as this year’s global sprint fades in the rear view mirror.

"At this year's Sprint Weekend we quickly taught newbie developers and non-developers alike the ins and outs of Drupal sprinting,” Mike said. “It was truly the NE group's willingness to collaborate across disciplines that made the sprint a huge success."