Decoupling Drupal can be arduous, whether you're developing a Drupal-backed front end or configuring Drupal to be an ideal content repository for decoupled applications.

Adding to the challenge is the fact that there is a lack of definitive starting points, boilerplates, and best practices. But the issue isn't simply that there are so many competing approaches; it's also that there doesn't yet exist an easy starting point for non-Drupal developers who solely want to configure Drupal to be the back end for their front-end applications and get on with development.

Acquia's Office of the CTO is pleased to announce the release of Reservoir, an experimental Drupal distribution developed by Wim Leers (coordinator of Drupal's API-first initiative) and Ted Bowman. Beyond comprising an exceptional starting point for any decoupled Drupal implementation, it is also designed to on-board developers of all backgrounds: a decoupled Drupal distribution and optimal back end for every developer.

Reservoir is a distribution for decoupling Drupal 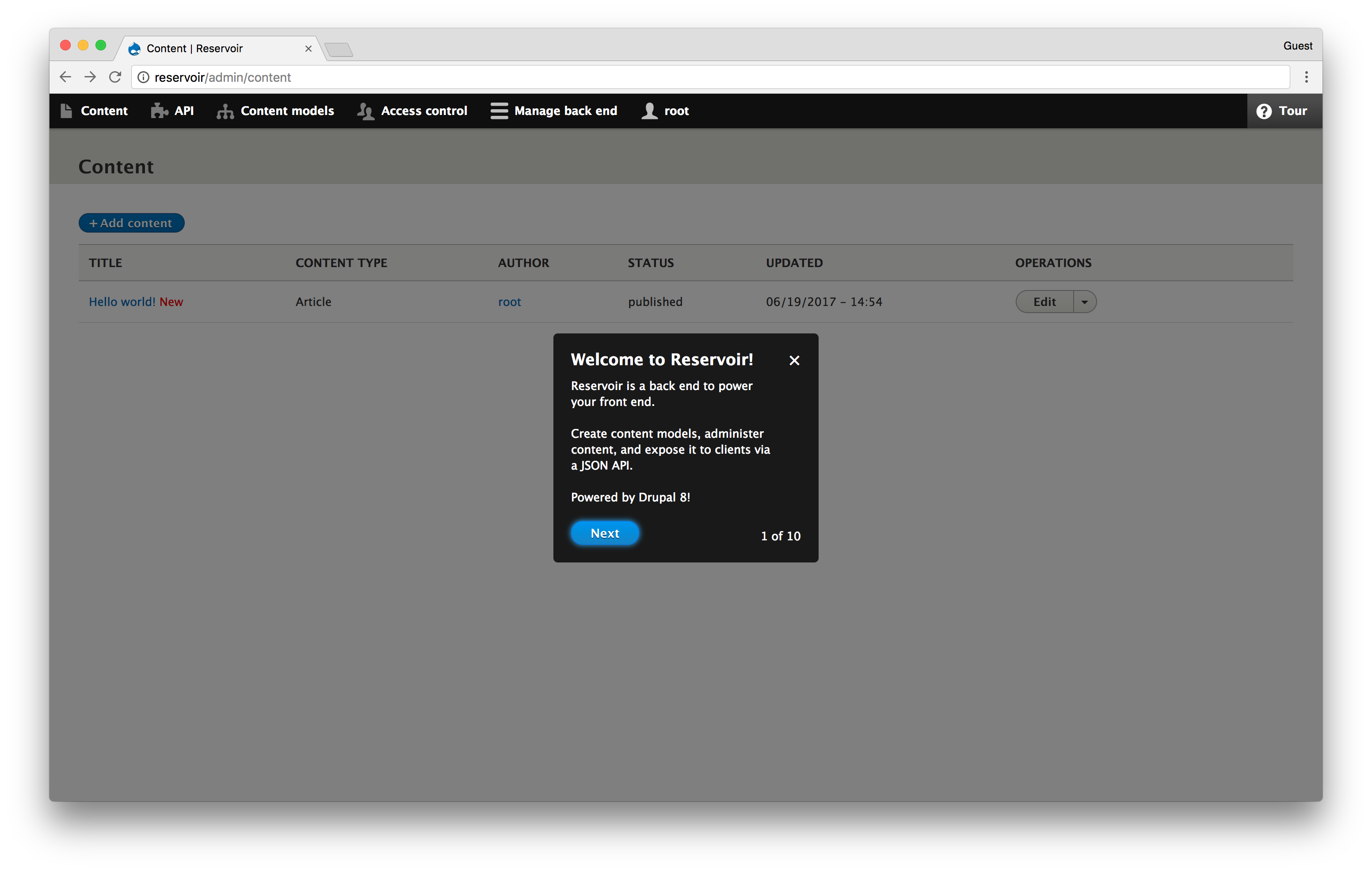 The welcome screen after installing Reservoir.

Together, these features allow for any developer to start immediately consuming a content repository capable of serving any front end. 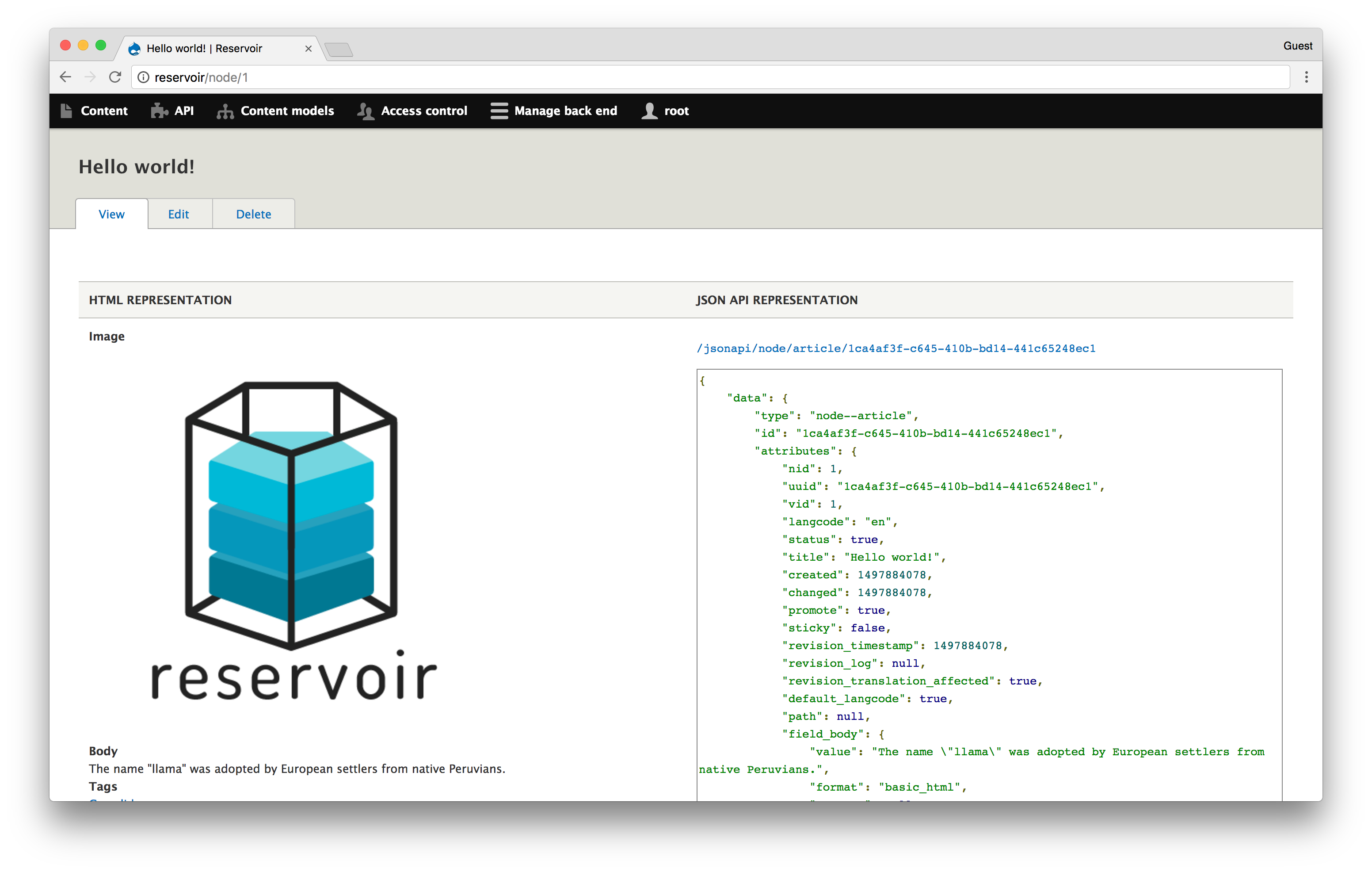 Viewing content in Reservoir — in both HTML and JSON API representations.

The plan for Reservoir began roughly eight months ago as an experiment within Acquia's Office of the CTO after discussions at DrupalCon Dublin. We asked ourselves the following questions:

Since that time, the demand for a solution like Reservoir has only grown considerably. Within Acquia, we were seeing more frequent requests for a starting point for decoupled implementations which would limit the amount of time spent configuring and setting up Drupal. We were also interested in fostering a coalescence of specific best practices centered around the solutions with the most momentum and promise, such as JSON API and OpenAPI.

Furthermore, we were discovering that developers unaccustomed to Drupal were encountering challenges consuming and manipulating Drupal content due to the many knobs and dials one must understand in order to leverage Drupal core’s built-in REST API, as well as its unfamiliar serialization format. The opinionated starting point that Reservoir offers makes Drupal so easy, so accessible, that any developer can ramp up and build a repository in a matter of minutes. 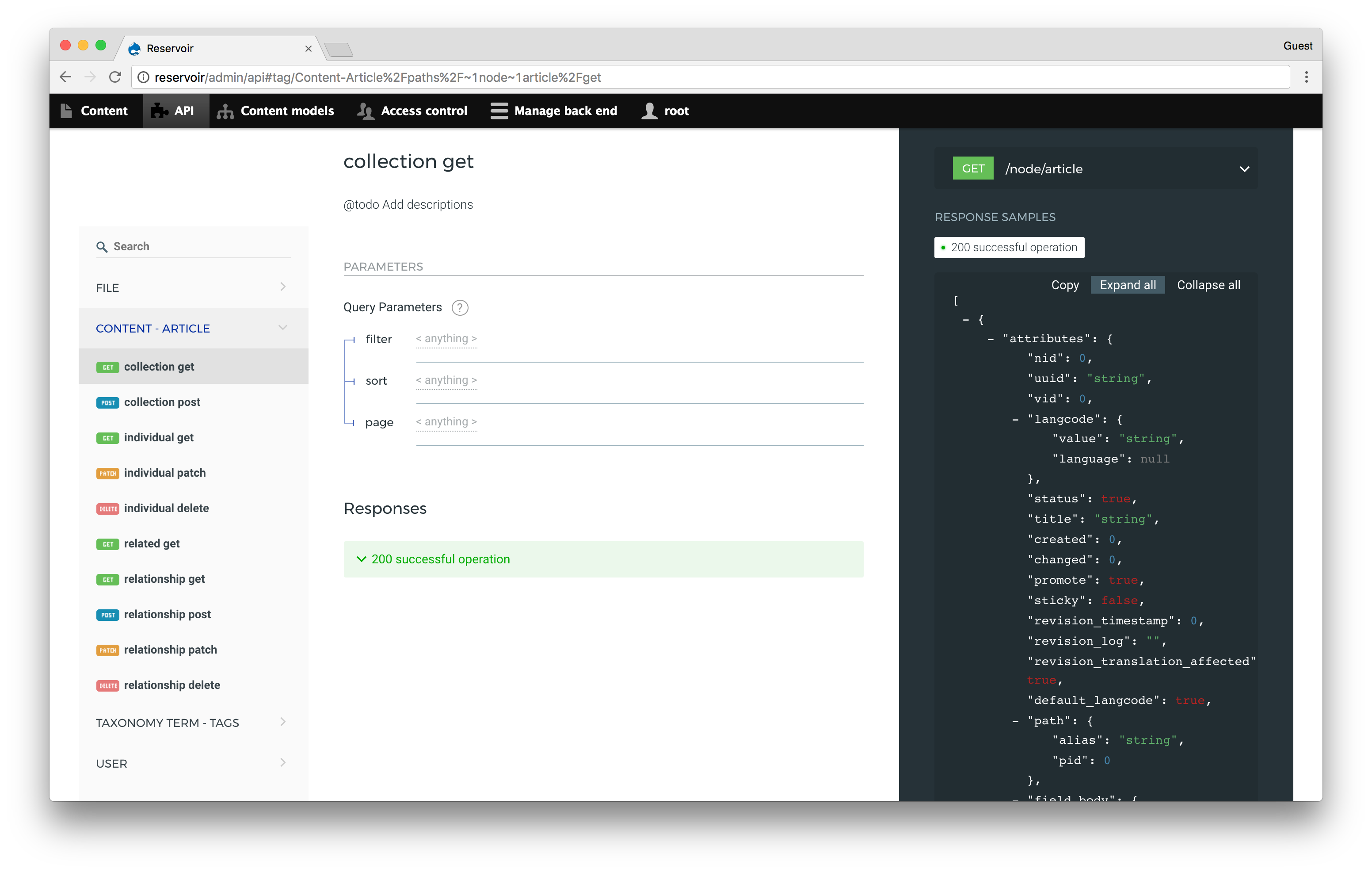 Today, we're open-sourcing Reservoir because we see it as a crucial contribution to the Drupal community, even though it remains merely an experimental and unsupported distribution. We resolved to wait until today to open-source this project because we felt that core's web services and contributed modules such as JSON API and OpenAPI were not quite sufficiently mature yet.

Acquia has also been strongly supporting the API-first initiative in Drupal core. In conjunction with those efforts, Acquia has also been contributing heavily to the JSON API (Wim Leers has made dozens of contributions) and OpenAPI (Ted Bowman has spearheaded this API documentation effort) modules.

Reservoir is currently immediately available in two repositories on GitHub, acquia/reservoir and acquia/reservoir-project. Hosting the project on GitHub will lower the bar for developers who might not have ever even heard of Drupal. Here's Reservoir co-creator Wim Leers demonstrating some of the key features of Reservoir:

The need for a distribution or installation profile to serve as a starting point consisting of best practices for decoupling Drupal emerged several times during core conversations at DrupalCon Baltimore ("Decoupled from the Inside Out" and "API-first Initiative"). By this point, Acquia’s Office of the CTO had already been working on Reservoir for quite some time.

Contenta has similar goals but different priorities. It chooses to target Drupal developers by situating the default Drupal user interface front and center and including the JSON API Extras module to add even more configurability. In addition, Contenta aims to include extensive default content (which can be disabled) and example front-end applications tuned to that default content aimed at helping non-Drupal developers.

Reservoir is our take: simpler, to the point that non-Drupalists are delighted when they try it.

Together with the larger API-first initiative, we've been hard at work contributing to rapidly maturing modules such as JSON API and OpenAPI. It's our hope that with Reservoir, not only will we aid Contenta by showing how we confronted the same larger issues in another way; we'll also provide another compelling solution benefiting the larger web community. We've had a wonderful history of deep and involved collaboration with the people behind Contenta, and we're excited to see more cross-pollination happen so that Drupal will eventually ship with the best API-first installation profile possible.

The traditional Drupal we know and love will always stick around. Still, many developers nowadays want an optimal and learnable back end that enables them to build front ends independently, even leveraging different technologies on a project-by-project basis. That’s what Reservoir aims to provide: the best back end for all your front ends, no Drupal knowledge required — which also happens to reuse many of the Drupal building blocks we’ve developed over the past decade and a half.

Armed with the insights we've garnered from having contributed to Drupal 8's API-first initiative for well over a year, we're thrilled to present our take on how an API-first distribution of Drupal should look. Reservoir brings together all the functionality that we’ve been helping to mature and enrich in a single easy-to-use package.

Check out Reservoir on GitHub, or install it using Composer, and give it a try — you’ll be up and running in only a few minutes! Please send us feedback and let us know whether this indeed makes the big difference we believe it does. We hope you enjoy using it as much as we enjoyed building it. 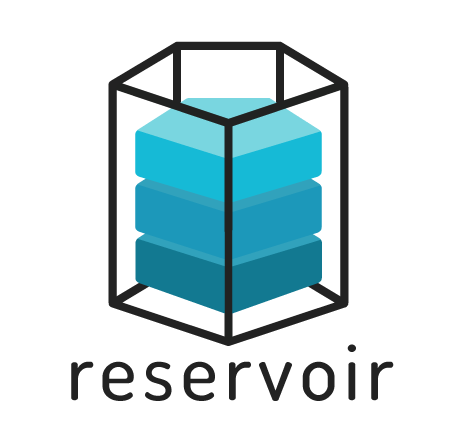 Special thanks to Wim Leers and Ted Bowman for contributions to this blog post. This blog post has been updated to reflect corrections regarding available features in Contenta.