When Acquian-authored content starts piling up elsewhere around the Web, it's time for a Scan.

In this edition: 5 handy Drupal modules, a localization client module for Drupal, and some advanced thinking from Drupal's founder on the white hot topic of "decoupling."

One of our favorite feeds, OpenSource.com, has been assembling its 2015 Open Source Yearbook.  Michael Meyers, Acquia's VP of Developer Relations, contributed an overview of five Drupal modules that will increase your Drupal power. 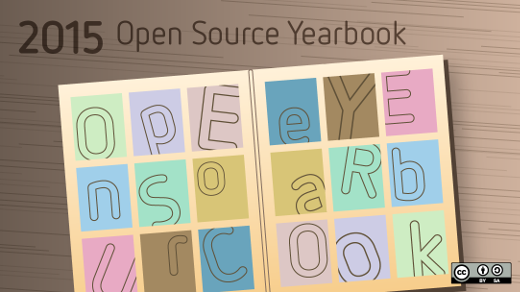 Meyers' recommendations are worth reading, because they are up to the minute -- i.e. post Drupal 8 release.  So (spoiler alert) his list features extensions that have gotten a lift from the Drupal 8 upgrade: Views, BigPipe, Rules, Features, and Lightning.

Gabor Hojtsy, employee #1 at Acquia, who's been leading Drupal 8's multilingual charge, has just written about the partial port to Drupal 8 of the localization client module (already available for Drupal 7 and 6) that allows you to contribute to the community right from your Drupal site.

Check out his site, to see the whole story, including a much larger version of the image below. 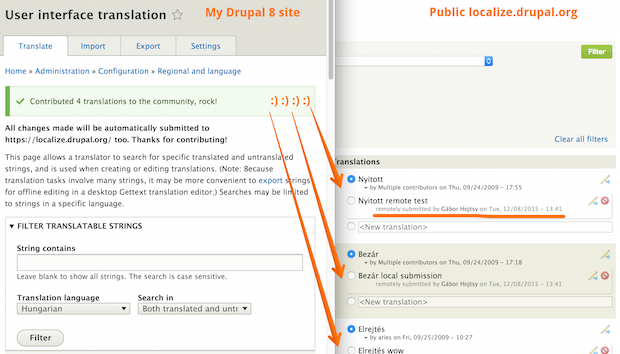 Finally, Dries Buytaert, founder of Drupal and Acquia CTO, has been thinking about one of the hottest trends in the Web community: decoupled (or "headless") content management systems.  A lot of people are saying that a decoupled architecture that leverages client-side frameworks is a logical next step for Drupal.

Back in September, Dries promoted the idea of progressive decoupling.

Earlier this week he published further thoughts on decoupling, circling around whether the Drupal community stands to benefit from decoupling Drupal. Helpful graphics, like the one below, are summoned to illustrate his ideas. 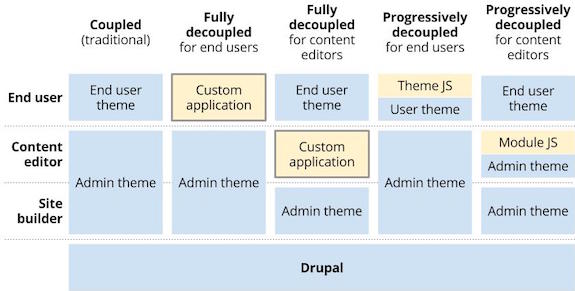 Read Dries' thoughts, and the lively comments they have inspired, here.