Steve Wozniak shares insights on future, and past

Cross-posted with permission from Digital Disruption

SAN FRANCISCO -- What’s on the mind of, Steve Wozniak, the man who holds the patent for “microcomputer for use with video display?” Not surprisingly for the man who built the first MacIntosh computer, he’s thinking about the usability of technology, specifically wearable technology. 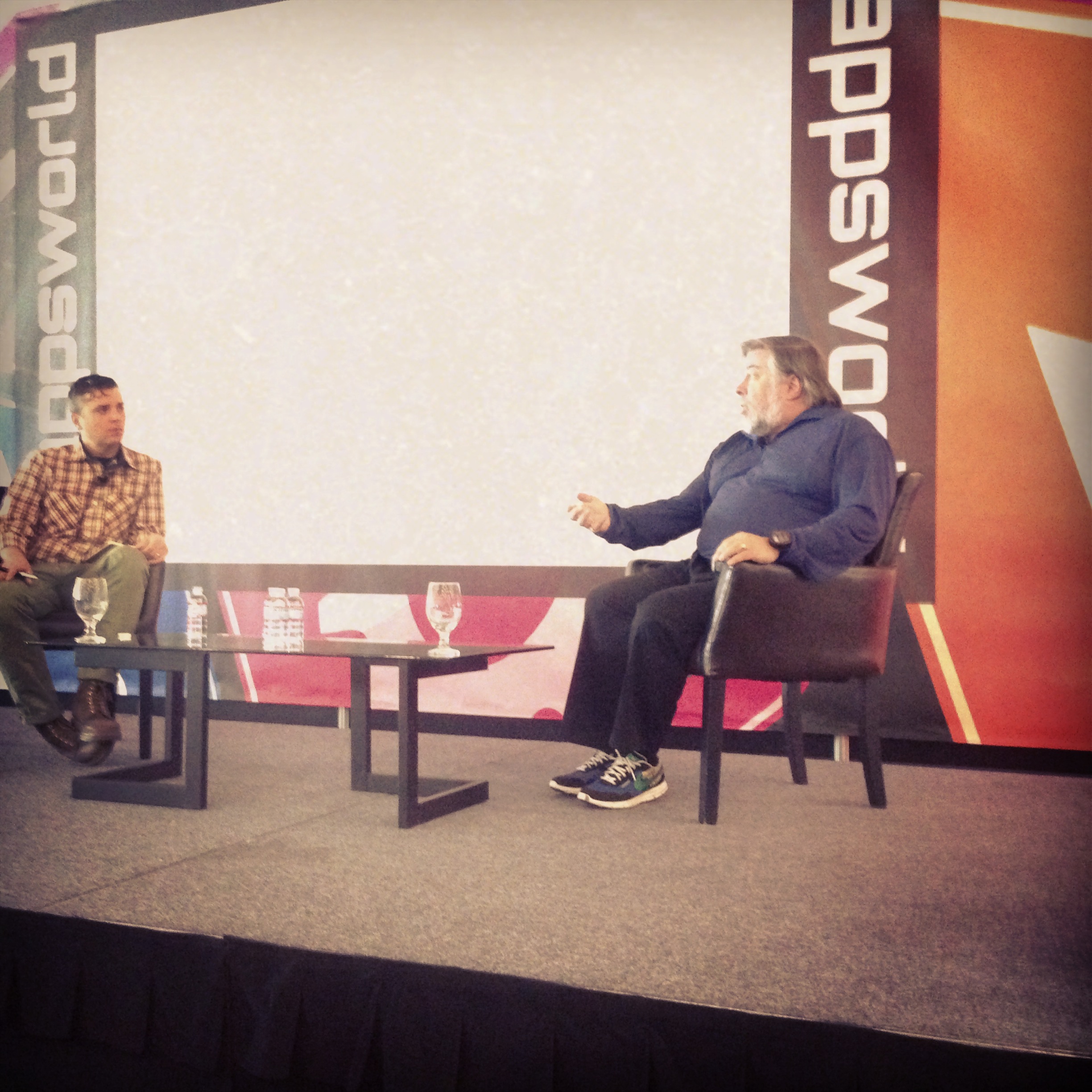 “Wearable tech is something that is huge today,” the personal computing pioneer who has come to be known simply as “Woz,” told me, adding, “But I think its success will surround being able to have a great user interface and the ability to recognize more human-like actions, like I want to say ‘I want five eggs... I mean six’ and have it understand.”

On the first day of Apps World North America, the Apple co-founder gave the keynote to an audience of more than 8,000. I had a chance to chat briefly with Wozniak and his insights about the history of Apple and the future of innovation.

“When I was at Apple, we had the opportunity to go to CES in Las Vegas, but it was only for the marketing folks so I wasn’t initially able to go,” he told the audience during his keynote. “So, I asked Steve [Jobs] that if I made a product, could I go ‘see the lights’ of Las Vegas? He said yes so I worked all day and night, through holidays and meals to create the floppy disk.”

Wozniak said that having an internal reason for doing something, is a lot stronger than all the things people see: like money, job title or the kind of car you drive. It’s something that pushed him to create an innovative product that helped translate the software he was using into a piece of hardware.

Wozniak was peppered with numerous wearable tech questions and while he hasn’t used Google Glass yet, he said he was really excited about smart watches and the ability to improve voice-controlled technology.

“The ways our life have changed in each step of technology are immense,” he said. “But for each change in your life, we’ve got an app for it. It’s pretty cool.”

Woz’s nod to wearable tech was a retro $400 watch called Nixie, that simply shows the time using a 40-year-old display technology, Nixie tubes. Nothing too fancy, but definitely “Woz-appropriate.”

“I completely agree,” he said. “When we first started building our products, we actually hired an agency that helped us understand that the look and feel of those products needed to be as important as the functionality itself. But I think we’re always going to want something physical to go along with the technological advancements that make our lives easier.”

“Woz” was a great speaker to have on stage for the first day. One of the most memorable insights from the keynote talk was his formula for thinking about things you could’ve done differently in your past.

“I sometimes think about what I could’ve done differently, but I have a formula, H=S-F that solves that,” he said. “It’s Happiness=Smiles-Frowns. So when you think about the past too much, you acquire more frowns. I had a lot of great moments at Apple and it’s a period of my life that I’ll always cherish, but I’m excited about the future.”