It started when Genuine was selected by IPG, our parent company and one of the "big four" global advertising companies, to creatively support their move into new offices.

This new IPG corporate headquarters was designed to share an address with more than a dozen IPG agencies, including Genuine’s New York City office.

We were tasked by IPG to create a novel, intuitive, and highly interactive experience for the newly built-out reception area, one that celebrates the breadth of IPG’s reach, capabilities, and stature. The challenge was to showcase some of the breakthrough work from IPG’s global network of world-class agencies in a way that not only invites interaction, inspires and informs visitors, but also harmoniously syncs with the physical space so it doesn’t disrupt regular tenants and workflow.

The solution turned out to be an installment of six 55-inch screens, with the center screen acting as the wall’s touchscreen navigation. When the center screen senses activity nearby using Microsoft Kinect motion sensing technology, the screen comes to life and playfully invites users to explore more deeply case studies from IPG brands.

How We Did It

We designed a two-part system: the first is a Drupal 8 CMS, which manages the information and media, and then exports it using D8’s built-in REST API functionality. This REST export is then consumed by an on-site interactive app built with the openFrameworks toolkit.

Technologically this represented a first for Genuine, being our first use case of Drupal 8. We pride ourselves on being on the cutting edge, and this time around we were richly rewarded. D8 has made big changes, and it’s clear that it’s going to change the way we build websites.

Going in, our biggest concern was the lack of contributed modules. Even though core has gotten an official release, many of the contrib modules we typically rely upon have only alpha or beta releases, and some haven’t been ported yet at all.

However, this turned out not to be an issue, because: 1. Drupal core has more built-in functionality than ever; 2. it has more feature synergy than ever; and 3. it is easier to extend than ever.

On top of this, Contrib is catching up quickly -- progress you can track via the Drupal 8 Contrib Porting initiative.

Views, arguably Drupal’s killer app, continues to be the best query builder and content list generator among any CMS. Together, these covered the vast majority of the functionality we needed, and we ended up needing only one contrib module, Field Collection.

The feature synergy between REST, Views, new systems like services and plugins, and legacy systems like hooks, made each component more powerful than they’d be as standalones, and leveled up the system as a whole. The tight integration and thought-through architecture really opened up niche capabilities that in previous versions might have required intensive time and labor, or resulted in buggy and dysfunctional implementations.

Aside from architecture, the actual coding is much improved. Drupal 8 has rewritten its codebase in the style of object oriented programming, and along the way paid a lot of attention to improving the developer experience. Namespaces, design patterns, dependency injection, Twig templates – it feels like PHP the right way. Better development practices mean happy developers, which in turns means faster development and better software.

At Genuine, Drupal is a big part of what we do. We’re an Acquia Preferred Partner, with six certified Acquia developers, two Drupal grandmasters, and one Acquia MVP on staff. We’re an active leader in the Boston Drupal community, hosting monthly meet-ups and the recent New England iteration of the Drupal Global Sprint Weekend. Take it from us: Drupal 8 is the Drupal you love, reengineered for the Internet of today and tomorrow.

The beta launch was a great success, gaining Genuine a prominent shout-out in the IPG press release. We’ve been told that the wall is both entertaining and informational to office guests, creating a thoughtfully branded environment in the new IPG space.

Interested in seeing the IPG Media Wall in person? Stop by the new 909 Third Avenue location in New York City, or contact us and we’d be happy to show you around.

In the meantime, scroll down for two more images of the installation. 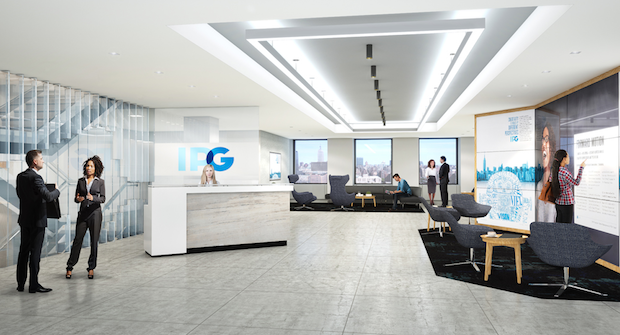 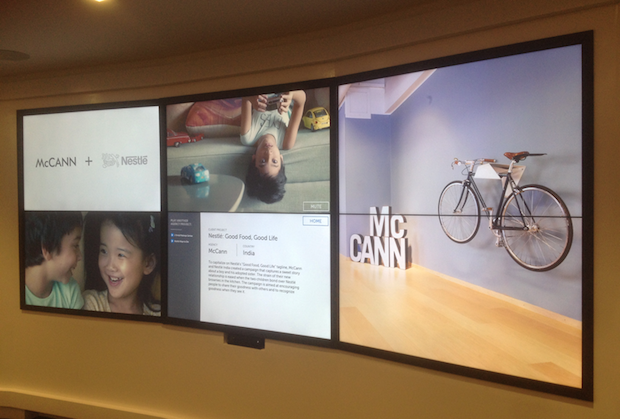